IN THE WORKERS’ COMPENSATION COURT OF THE STATE OF MONTANA
2018 MTWCC 9
WCC No. 2017-4143
MICHAEL NEISINGER
Appellant/Claimant
vs.
NEW HAMPSHIRE INS. CO.
Appellee/Insurer.
ORDER REVERSING IN PART AND AFFIRMING IN PART
ORDER DIRECTING A MEDICAL EXAMINATION

Held: The DLI’s order is reversed in part and affirmed in part. The DLI had jurisdiction.
However, Insurer does not currently have good cause for an IME with the psychiatrist.
Because of the potential for bias, an insurer may not force a claimant to attend an IME
with a psychiatrist of its choosing, who will provide no treatment. To balance a claimant’s
rights with an insurer’s rights, the insurer must first authorize a treating psychiatrist or
psychologist. Insurer has good cause for an IME with the orthopedist because Claimant’s
condition has arguably changed, the previous IME was two years ago, and Claimant’s
treating physicians can comment on the IME physician’s opinions. 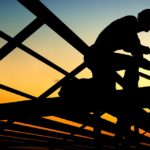